After years of miring other Mermay submissions, I finally made my own! 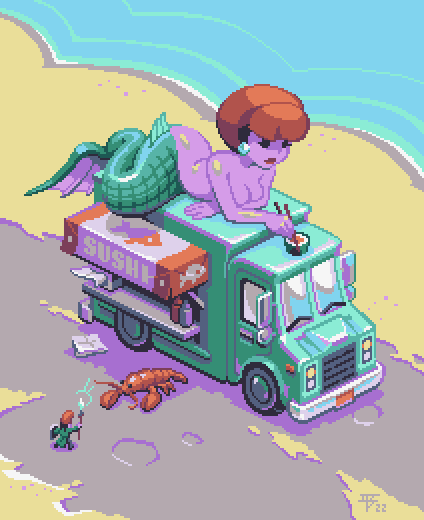 She's using chopsticks, of course. Most mermaids don't even own a dinglehopper. If there's a better place to eat raw fish than the beach, I've never been there. Unless you're thinking of the bathtub. I'll give you that one. The lobster fight was inspired by a bad game that knows what it did and has remained in timeout for the month. The palette is 16 colors.