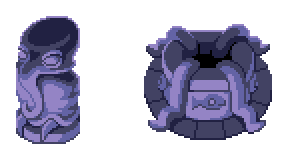 Unless stated otherwise, all images are copyright  2023, Ian Schlaepfer. All rights reserved.