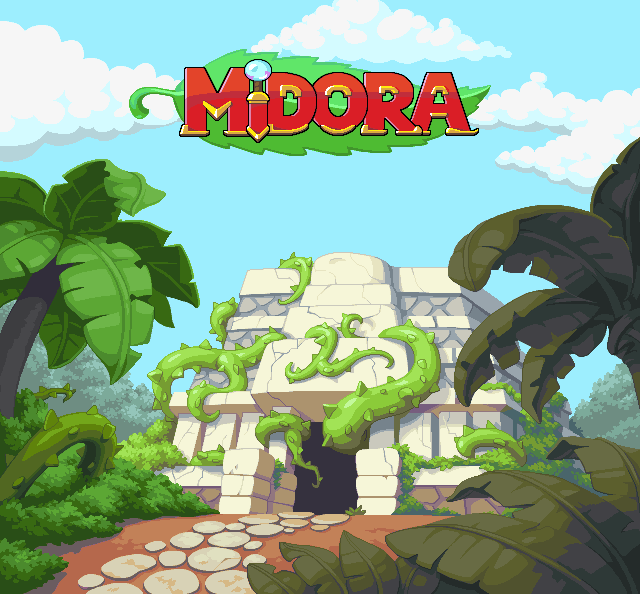 The calendar has worked its magic once again. What better way to celebrate a brand new year than by showcasing a collaborative piece I finished about 14 months ago? Don't answer, that was rhetorical.

I chose to work with Marat because of his marvelous sense of color and lighting. If you need further proof, check out his PixelJoint gallery page. We used word association to build the scene: a detective discovers a murder in rainy industrial England. After several rounds of compositional sketches, we divided the piece into segments. 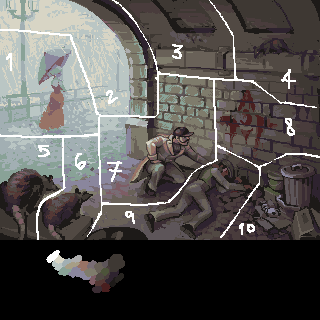 I ended up with 1, 5, 7, 3, and 10, but we only loosely adhered to the boundaries, especially by the end of the project. With our busy schedules, it took more than a year to finish. 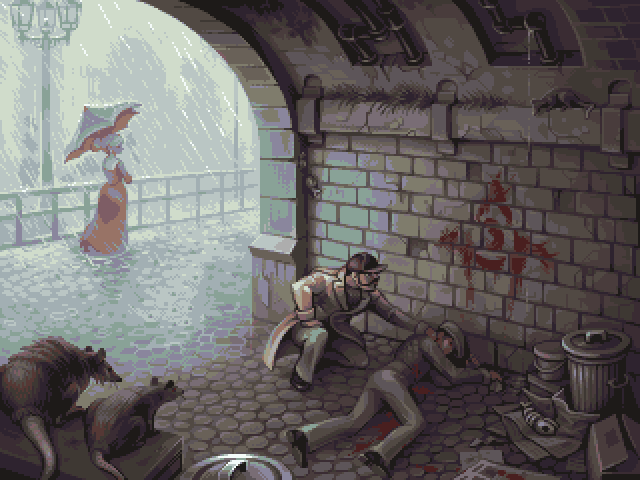